The Mets’ 2016 season can be summed in in a few words and a few graphs. First, the words: The 2016 Mets resemble what people thought the 2015 Mets would be, while the 2016 Nationals look like the team everyone thought the 2015 were going to be. At the beginning of the 2015 season, FanGraphs gave the Mets a 29.4 percent chance to make the playoffs. These odds were based off of a blend of Steamer and ZiPS projections in the context of competition. The Nationals, on the other hand, began the season with a 94.6 percent chance to make the playoffs. They were the sexy pre-season pick to win the World Series. The Mets were not exactly viewed as sexy, presence of Bartolo Colón notwithstanding.

It took a long time for this to change. Over the first half of the season, the Mets’ playoff odds plateaued at 44.5 percent, when they were still 2.5 games behind the Nationals. The Nationals were underachieving the lofty expectations placed upon them, but they were still good enough to keep the projection system on which the odds were based faithful. The Mets’ low point throughout the season appeared on July 30, when their odds stood at 15.1 percent. At that point, the Nationals’ odds were an even 92 percent, just a touch lower than they began the season. The Mets were three games out of first place and had the Pirates, Giants, and Cubs ahead of them in the Wild Card race.

Because the race was so tight, however, the Mets were able to close the gap rather quickly. After July 30, the team notched seven consecutive wins, during which the Nationals lost five of seven. A three game deficit in the division turned into a 2.5 game advantage. In playoff odds terms, the Mets climbed from their season low point to a then season high 59 percent chance; the Nationals’ odds dipped below the Mets’ odds for the first time of the season, 57.4 percent. The two teams traded places a couple times over the next few days, but by August 12 the Mets had a playoff odds advantage that would remain until it was 100 percent. The promised graph: 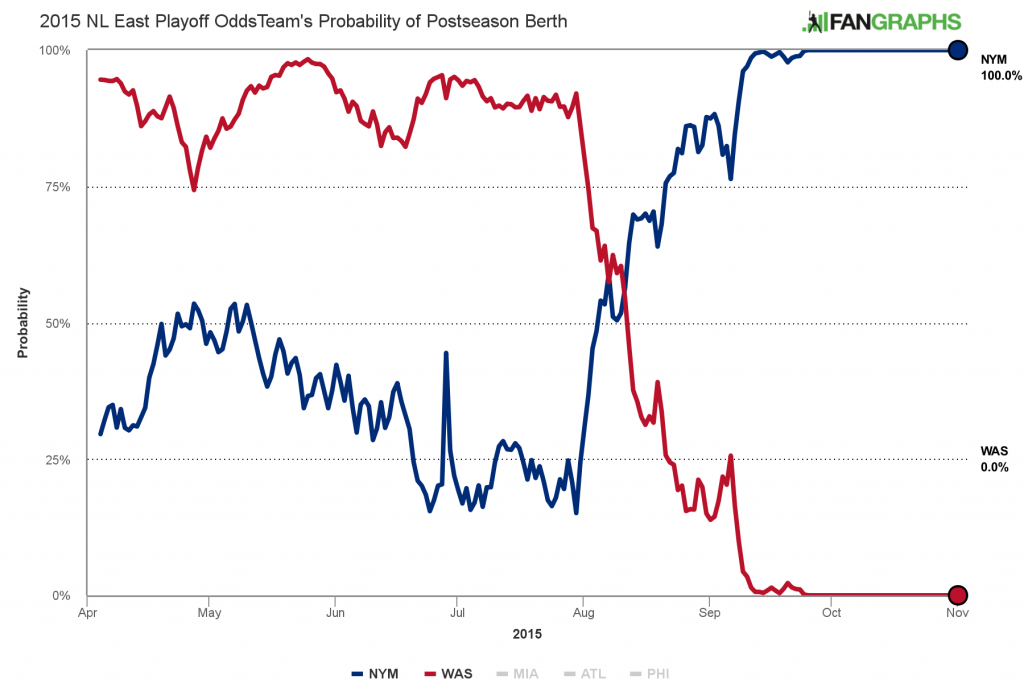 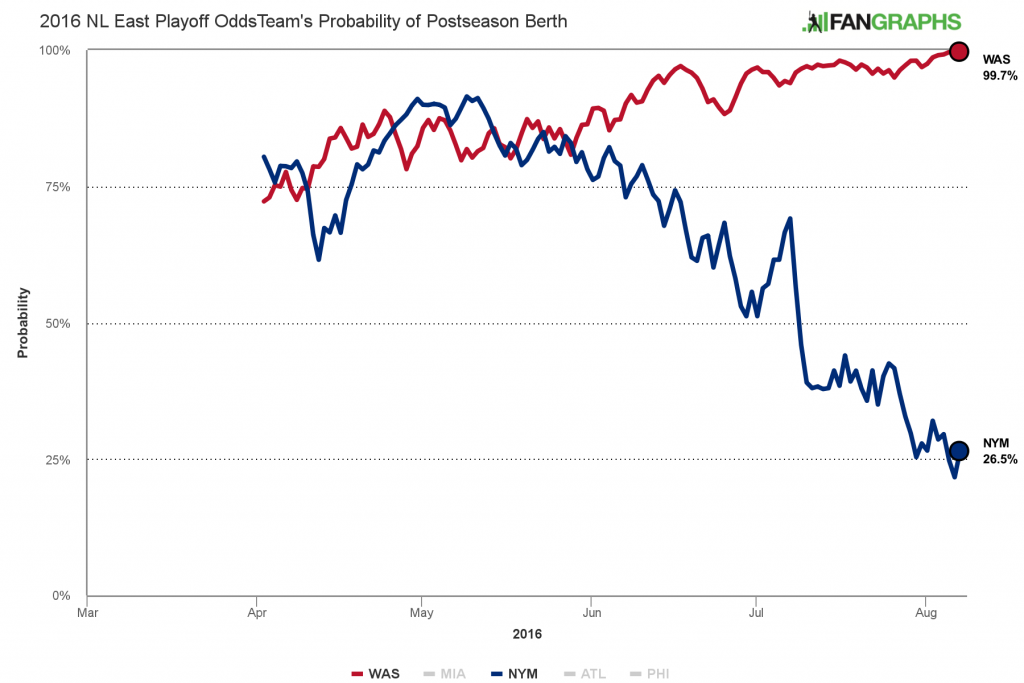 Another difference between the arcs of 2015 and 2016 is that in 2015 the Mets had a better chance at winning the division than earning a Wild Card berth. Ultimately, the two Wild Card winners had seven and eight more wins than the NL East division-winning Mets. It’s tougher in 2016. If the 2015 chart is called joy and the second disappointment, this one might be an admission. It is, indeed, tougher this year: 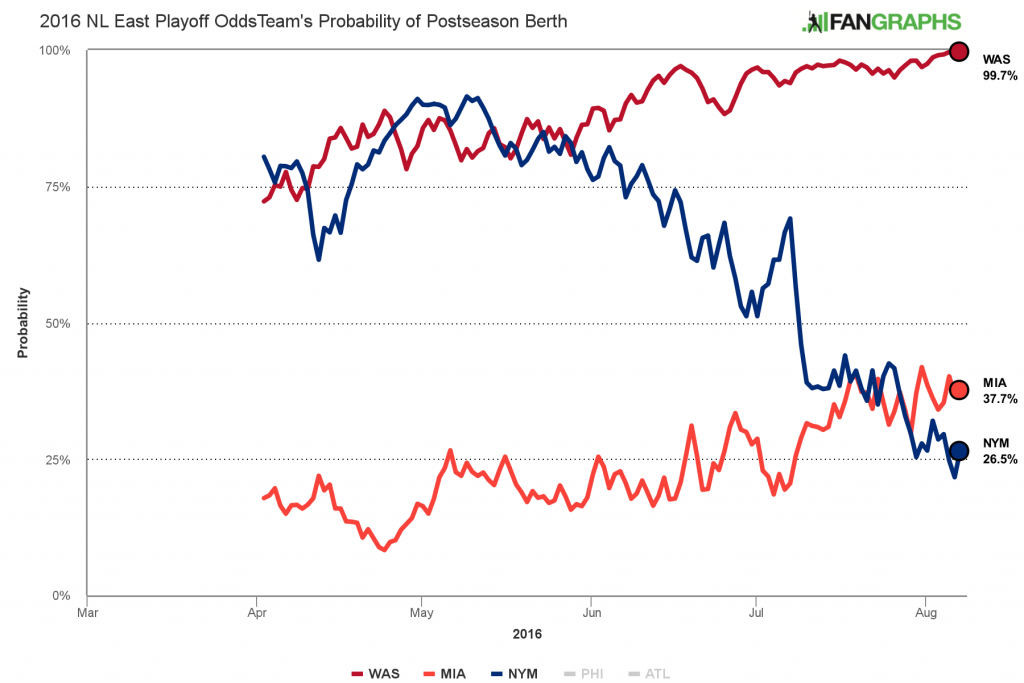 And yet, the Mets are still very much alive in the Wild Card race. They’re 1.5 games out of first place. The season has felt like a disappointment only because the expectations were higher, for both the casual viewer as well as the consumer of playoff odds. There’s still time to give the season a new name.