As of end of business Monday, Jose Reyes is hitting .153/.219/.220. He has one home run, one double and two stolen bases. His wRC+ has skyrocketed to 25, which barely seemed possible a week ago, while he’s boasting a lovely -0.4 WARP. Yet Mickey Callaway and the Mets keep playing him, including starting him several times this week for no discernible reason. We’ve heard the excuses: he always starts the season slow, he didn’t get much playing time in April, etc. But it’s almost June now and he hasn’t gotten any better.
We here at BP Mets don’t have much power, but we do all know one thing better than the Mets front office: Reyes doesn’t deserve to be on the team. We also know who would do his job better than he does.

McNeil has been an obsession of a small corner of the Met prospect enthusiast world, particularly after the former golfer showed up to camp with 20 pounds of extra muscle a couple seasons ago. Core muscle injuries have stymied him the past two seasons, but he’s now batting .328/.407/.719 in Double-A with a roughly 1:1 K:BB ratio and 11 home runs in 145 PA. He’s a fine defender at second or third and can fake it at shortstop at least as well as Reyes can at this point. He’s also 26 and a minor league free agent after the season, so the window for getting a look at him at the major league level is short. McNeil would be a more entertaining bench bat that most of the other utility infielders in the system, and he might be better than all of them too. – Lukas Vlahos

What I mean to say is, even if the Mets DFA’d him today and replaced him with nobody, they’d still be better as a 24-man team without Jose Reyes than as a 25-man team with Jose Reyes. Sure, the outfield is perilously thin and the bullpen has been overworked — the Mets need bodies! But the ill effects they’d experience by playing a man down are still preferable to keeping Reyes employed. Just think about this: In 2017, Reyes was worth -0.6 WAR (Baseball Reference) over 145 games. This season, Reyes is already worth -0.5 WAR in just 31 games. Calling him a liability is generous, which is probably why there’s a whole Mets Twitter subculture dedicated to the guy who called him a virus. - Jordan Rabinowitz

Shortstop Vicki Kawaguchi was arguably the most lopsided Backyard Baseball player on the roster. The girl couldn’t hit to save her life, but man could she run; call her the infield version of Champ Stuart. Her glovework was also like no other. She just couldn’t make contact if the ball was on a tee. The good news is that Reyes can’t either, so the defensive whiz kid still slots in ticks ahead of the incumbent. Come on down, Vicki. We have some pinch-running opportunities and a league-minimum salary for you. – Kate Feldman

Luis Guillorme will probably never be an everyday player in the majors. He barely squeaked into the top 10 of a mediocre farm system and projections don’t look too favorably on a no-speed, no-power kind of hitter, even if the glove is – and it is – something special. But Guillorme has one thing going for him and that is the ability to replace the single most replaceable player in baseball right now, Jose Reyes. Guillorme can’t hit and probably never will, but the same goes for Reyes, who takes defensive ineptitude to new heights. They’ll both ground out weakly to kill a rally, but at least Guillorme won’t embarrass himself on the other side of the ball as well. In a perfect world, one might hope to find a player who can do both, but this is the Mets world and we have Guillorme. We’ll take it. – Maggie Wiggin

You’re almost certainly wondering why I’m advocating for a former Heisman Trophy winner and NFL QB to assume a roster spot that’s held by a former MLB All-Star, but have you seen Reyes play this season? In 59 at-bats this season, Reyes is slashing .153/.219/.220 and has only five more hits (9) than errors (4). The soon-to-be 34-year-old has actually been worse than a replacement player this season, as evidenced by his -0.4 WARP, and his presence on the roster is further complicated due to a domestic violence incident in 2015. Meanwhile, Tebow is running a 9.3% walk rate and a 102 wRC+ to go along with four home runs in Double-A, surpassing all expectations thus far. Tebow is by all accounts an amazing person with a golden heart and I’ve personally seen the impact he can have on attendance. At a time when MLB is trying to attract a younger audience, who better to lead the charge than Tebow? Add in that a call-up would be at the expense of Jose Reyes and this is a win-win for everyone. – Alex Rosen 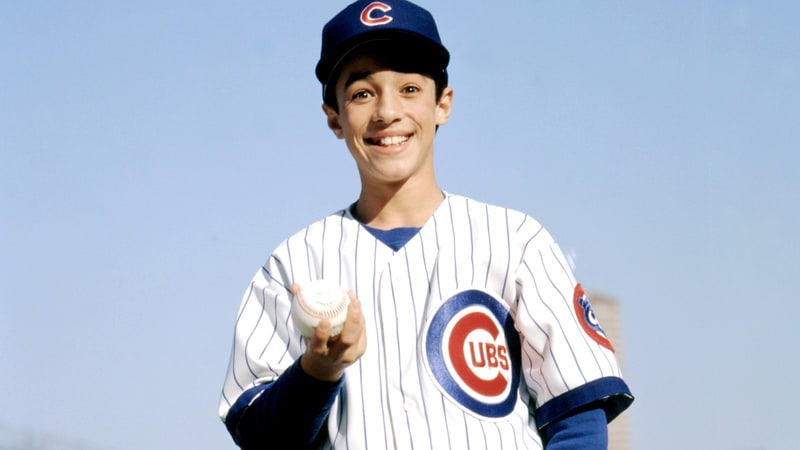 The sun has set on Jose Reyes’ time with the Mets and while we speculate on his imminent departure, why not kill two birds with one stone? With A.J. Ramos down for the count, who better to step in and sure up the bullpen than Chicago’s own Henry Rowengartner? Despite being 12 years old, Rowengartner sports one of the fastest heaters in the major leagues. Plus, he knows the key to being a big league pitcher — the three Rs: readiness, recuperation, and conditioning. Pros: No more Reyes. Cons: I still haven’t quite figured out if hot ice is a thing. The fact of the matter is we can do without a relatively useless utility man. – Justin Birnbaum

It’s become abundantly clear Jose Reyes is no longer capable of being an even remotely competent Major League baseball player. You know it, I know it, seemingly the only ones who don’t realize it are Sandy Alderson and his staff. For the sake of this conversation, let’s assume they climb out from under their rock they’ve been under and DFA Reyes. But who should replace him? Well, my answer has changed from my original thought due to a development in the American League that watched the Red Sox surprisingly DFA Reyes’ old friend Hanley Ramirez. The veteran checks all of Alderson’s boxes: Aging player another organization just gave up on; could be had for the big league minimum; hasn’t really been all the good for a full calendar year. That all sounds pretty negative but in all honesty Ramirez can still turn in a competitive at-bat and his slash line with the Red Sox this year (.254/.313./.395) is quite a bit better than a lot of what New York has been running out so far this year. Ramirez isn’t a perfect fit but he’s a better one than Jose Bautista, and at this point why not? – Justin Mears

Let’s not get too crazy here. There’s no reason to think that adding another washed up veteran like Hanley Ramirez or Brandon Phillips is going to make a meaningful difference on this roster. There’s also no reason to stunt the growth of a top prospect like Peter Alonso by promoting the 23-year-old to this mess of a roster. Last and certainly not least, there’s no reason imaginable for Tim freaking Tebow to even be on a list of candidates to be considered for a promotion to a major league baseball team. By that process of elimination, congratulations to Ty Kelly on your promotion to the big club! – Adam Kaufman

With Yoenis Cespedes, Juan Lagares, Todd Frazier, etc. out of the lineup, a promising righty bat in the 23-year old Rumble Pony, Peter Alonso, would be more than welcome. I totally understand wanting to have him play every day when he first comes up, but in all honesty, his numbers in Triple-A warrant a starting gig over the ancient Adrian Gonzalez. In 168 at-bats, Alonso has mashed .333/.459/.637 with 14 home runs and a reworked swing. It’s time to give him a chance. Get rid of the aging Reyes and make room for the future. – Tyler Oringer