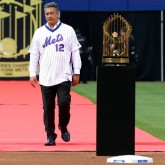 On a broadcast earlier this year, Ron Darling described the ideal baseball television broadcast as a casual conversation between friends. The SNY crew has a camaraderie and comfort level that exists on few other broadcasts. It’s been built over time — Cohen, Darling, and Hernandez have been broadcasting Mets games together since 2006. Darling and […] 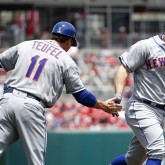 For all of the frustrations this season has wrought through two months of uneven play, one beacon of happiness has been the remembrances of the 1986 team, largely because we are now 30 years removed from that season and boy howdy do we ever like our round numbers in sports. But it’s been fun, revisiting the […]