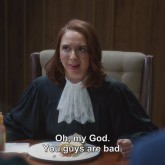 Primer In what will be at most the second wettest game at Citi Field this week – fan tears on Saturday for David Wright’s final game will be a flood – Noah Syndergaard took the mound against the Braves. Atlanta, having already clinched the NL East, is fighting for home field advantage with Touki Toussaint, one […]

Marlins 3, Mets 4 [Game 1] Marlins 2, Mets 5 [Game 2] It was a day where the games mattered even less than usual; Mets captain David Wright announced that this season would be his last, and the collective wail from Mets fans meant the doubleheader sweep of the Marlins was a joyless one. On […] 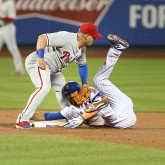 The Mets flipped the script on Saturday, scoring double-digit runs at Citi Field for the first time since May 15, despite a far below-average start from Noah Syndergaard. Thor allowed 12 hits and walked more (5) than he struck out (4) in almost seven innings of work. It was no matter though, as the offense exploded […] 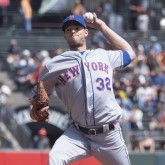 Steven Matz was utterly dominant in his 25th start of the 2018 season, tossing seven innings of one-run ball against an Andrew McCutchen-less Giants offense. The former top prospect has battled injuries in his brief career, clearing the 20-start plateau only once since making his debut in 2015. He hasn’t escaped the usual nicks and dings […] 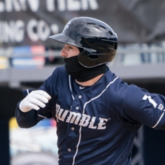 Welcome back to the Baseball Prospectus Mets Prospect Watch! This weekly column will take a look at one pitcher and one hitter from each level of the Mets organization and offer thoughts on their performance thus far, as well as a brief scouting report with a future outlook. Binghamton Rumble Ponies (Double-A) Pitcher: Justin Dunn […] 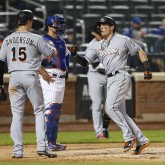 Primer After a month of futility, the Mets found themselves in another good patch, having won four straight games and facing the lowly Marlins again on Tuesday night. Even better, the Marlin killer Zack Wheeler (3-1, 2.85 ERA career against Miami) was on the mound, though he’s much less effective at home (8-18 5.31 ERA […] 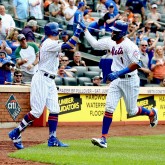 WHO WON: The Fightin’ Amed Rosario’s WHAT HAPPENED, A MATTER OF TIME: If you want an accurate recap of how the Mets hit, don’t look at Clay Buchholz’s line. The righty missed most of last season with an injury, but found a start with the Arizona Diamondbacks on Sunday. Welcome back to The Show, here’s […] 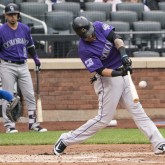 WHO WON: The Ian Desmond-led Colorado Rockies WHAT HAPPENED, NOAH SYNDERGAARD DID NOT HAVE A NICE START: The easiest thing to do is to start with the negative. Sept. 7, 2016 was the last time Noah Syndergaard issued four free-passes in one start. In fact, over 68 career big league starts, Syndergaard had walked four […] 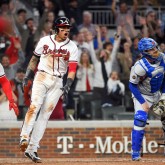 Jacob deGrom may be the unluckiest starting pitcher in all of baseball. deGrom turned in another fantastic start for the Mets Saturday night, as he struck out 10 and allowed only four hits in seven shutout innings. With the pitcher’s spot due up to begin the seventh, manager Mickey Callaway sent Wilmer Flores up to […] 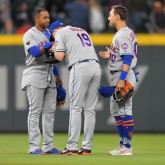 It wasn’t necessarily pretty, but the Mets persevered through a 12-inning marathon Friday night to top the Braves 5-3 and even their weekend series at Sun Trust Park. The game started with a bang for Atlanta, as after their starter Sean Newcomb tossed a scoreless first inning, second baseman Ozzie Albies greeted Mets ace Noah […]