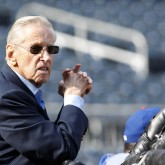 After a going without a general manager for almost six months, the Mets have narrowed down the field to three names, a motley crew that doesn’t seem to give a clear answer for how the team envisions the role in the context of a crowded front office. The Veteran: Doug Melvin The only remaining candidate […] 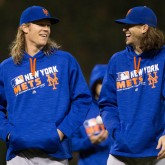 Would you read an article written by Sandy Alderson describing exactly what went down at the 2015 trade deadline? Crying Wilmer Flores, rejecting Carlos Gomez, and acquiring La Potencia? Imagine the retweets. Something like that actually happened in 1967, when the Los Angeles Dodgers’ general manager, Buzzie Bavasi, penned a four-part series in Sports Illustrated. The best of […]