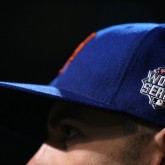 Picture this: 1988, round 62 of the MLB Draft, and the Dodgers’ last pick of the year is used on an iffy first baseman rumored to be chosen as a favor to the manager, who was friends with the prospect’s father. Though powerful, the player was defensively weak, and there was some question about whether […]