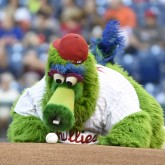 Growing up, I hated the Phillies. I suppose that’s nothing special for a Mets fan, given the rivalry that’s managed to stay alight between the teams for decades despite them hardly ever being good at the same time. But I really, really hated them. I grew up in Phillies territory, and first saw the Mets […]