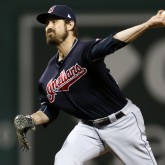 The dream is dead. The Mets could not beat Madison Bumgarner–or even score one run–so the 2016 season is over. As Jarrett Seidler wrote last week, there are plenty of positives to look back on, and fans should not be too discouraged. Nevertheless, the Mets’ absence in the playoffs now creates a void for those […] 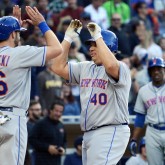 Sometimes, you just run into the wrong pitcher on the wrong day. Madison Bumgarner is probably the greatest pitcher in modern postseason history. He was very good in 2010, had his only two bad playoff appearances ever in 2012 backed up by a sensational World Series start, and turned into this millennium’s Old Hoss Radbourn […] 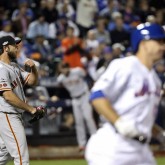 We were promised greatness. Leading into this game, the prospective Madison Bumgarner vs. Noah Syndergaardmatchup was supposed to be the clash of aces that makes for must-see baseball. The game’s most notorious postseason pitcher–one of the greatest of all time already–faced off against the hardest-throwing starting pitcher in the game, a young ace who carried his team on […] 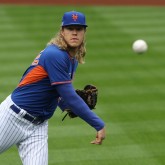 The baseball gods smiled upon Queens for the National League Wild Card matchup. It will be the Mets against the Giants at Citi Field with two of baseball’s most talented pitchers going head-to-head with their seasons on the line. It’s hard to conceive a better scenario for baseball than Noah Syndergaard against Madison Bumgarner. With baseball […] 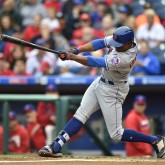 I’ll be honest: I didn’t think the Mets would make it to the postseason this year. The breadth of injuries, that terrible hitting slump (even more terrible with RISP) mid-season; I thought it was over. So when the Mets definitively clinched their spot in the Wild Card game over the weekend, it still felt a […] 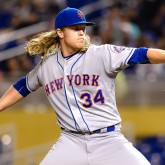 So you think you’re going to be in the Wild Card Game? As the Mets pull towards the end of September, they sit in a tight three-for-two scenario to get a berth in the Wild Card Game next Wednesday night. With Bartolo Colon being moved up to start Friday’s opener in Philadelphia, the options for […] 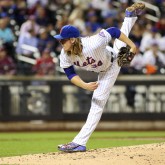 As the 2016 season winds down, the Mets find themselves in the middle of the playoff race with both the Cardinals and the free-falling Giants. The NL Wild Card game will feature two of those three teams, barring a miraculous late run by the Marlins or Pirates. Given how tight the action is, there may […] 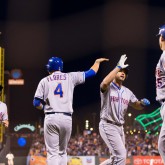 There are two and a half weeks left in the season, and that’s going to feel like a long, long time. While the world sits and watches and bites their nails to see if the Mets will stay in their skin-of-their-teeth second Wild Card spot, the team will be struggling to needle out every possible […]

Tags: 2016 Playoffs, sure it is too early for this | Leave a comment 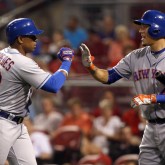 Right now, the Mets are in the heat of the National League Wild Card race against the Giants and Cardinals, who have kindly allowed them to stay in this race. The Nationals have not been so generous with the NL East, and it’s all but assured that the Mets will be unable to defend their […] 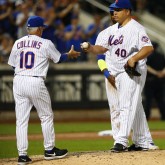 Flashback to opening week: Ecstasy! The Mets have Duda, Wright, and a shiny new second baseman who doesn’t field like a Little Leaguer in the infield. Their starting aces—deGrom, Syndergaard, Harvey and Matz—are almost universally revered throughout baseball. The return of Zach Wheeler is imminent, or at least Zach Wheeler has been sighted more times […]