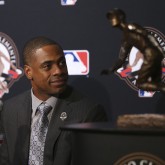 Quick! Name the last three Mets to win the major awards bestowed by the Baseball Writers Association of America. You’ve got Jacob deGrom’s 2014 Rookie of the Year and R.A. Dickey’s 2012 Cy Young. And then? You have to go all the way back to 1985 to find Dwight Gooden’s CYA. (We don’t count the Rolaids […] 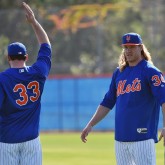 Way way back many centuries ago, not long after the blogging began, Will Leitch started a site called Deadspin. He relied upon tips from the common man. Will’s vision for Deadspin was to publish sports news that never made it into the public domain “because of either corporate obligations or just plain laziness.” Deadspin needed […] 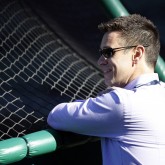 There was joy in Flushing when Sandy Alderson and the Mets re-signed Yoenis Cespedes to reprise his role as “Mets Offense” for the 2017 season. Since the Cespedes announcement on November 30? Literally nothing but a bunch of minor-league free agent signings and invitations to spring training. We appreciate @MetsGM for his professionalism and perseverance; it’s hard to work […] 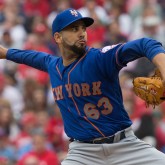 Gabriel Ynoa was a little shaky, but kept the Mets in Game 162 by only allowing one run in his 4.2 innings. However, the Phillies celebrated Ryan Howard’s final game with the team by doing damage to the bullpen in the seventh. However, this game was largely uneventful, as the Mets rested players and pulled […] 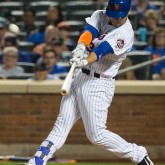 Coming off about a dramatic win as is possible, the Mets turned to Gabriel Ynoa in the second of their four-game set with the Phillies. Of course, no Met game would be complete without pregame news of a pitcher missing a start, and last night was no different as the Mets announced that Noah Syndergaard […] 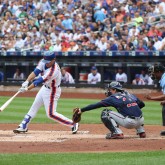 Gabriel Ynoa handled himself admirably in his first MLB start as he struck out eight Twins while allowing a single walk over 4.2 innings. The series sweep of Minnesota was confirmed by the bats of T.J. Rivera and Michael Conforto, as Jerry Blevins earned the multi-inning save. Lucas Duda and Juan Lagares made guest appearances in […] 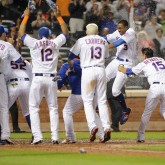 What Happened: After a long and painful day, the Mets got to celebrate a franchise-record 201 home runs in a season as Curtis Granderson hit a game-tying homer in the 11th and a game-winning homer in the 12th. Fans probably walked in to yesterday’s game a little bummed out. It was Jacob deGrom hair hat […] 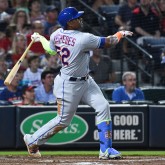 Seth Lugo put up seven strong innings and Yoenis Cespedes drove in five runs following an emotional pre-game ceremony in Atlanta. In the last game the team will ever play at Turner Field, the offense put up a lead so insurmountable that the Mets’ own bullpen could not overcome it with their command struggles. The […] 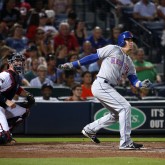 Though the Mets did not play on Thursday, they entered their Friday night game against the Braves (the start of their last ever series at Turner Field) with improved playoff position. Somehow, despite running single digit playoff odds a month ago, the Mets found themselves in sole possession of the second wild card after the […] 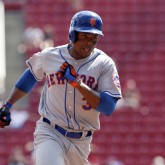 As someone who hadn’t watched the 2016 Reds before this series, I assumed they were a bad baseball team because they lacked talent. The matchup between hitters and pitchers is so individualistic that the whole is usually close to the sum of the parts (plus or minus luck). Players get years of professional instruction before […]